Global clothing company Spreadshirt does not live up to its own ethical standards and contributes to the normalisation and commercialisation of misandry.

This article is available in Danish. Click here to read the Danish version.

To be honest, I wasn’t even in the market for a T-shirt.

Yet, I found myself on the webpage of Spreadshirt, a company selling clothing and accessories all around the word.

I was there, because while doing some general research, I had stumbled across an image that caught my attention.

Harsh words, I figured, and even more so when accompanied by a pictogram showing a man on all fours being held on a leash by a woman holding what appeared to be some sort of bat.

Being deeply interested in the current debate about gender equality and everything that surrounds it, naturally I was intrigued. And so, I clicked the image to explore its origins.

The following is what I found.

The ethical hypocrisy of Spreadshirt

My first discovery was that the image was a print on a T-shirt available for purchase at Spreadshirt.co.uk.

My second discovery was that the print was not the only of its kind in store. In fact, the company had – and has – several similar T-shirts in stock. All of which are grouped under the somewhat strange heading: ‘Slave T-shirts’.

At this point, I found it reasonable to read more about Spreadshirt. Especially, I was interested in learning more about the company’s values and ethical standards.

Responsibility to Out Fellow Human Beings

I don’t mind telling you I was astounded by what I found, and I think you will be too.

The following is the full text presented on Spreadshirt.co.uk under the heading ‘Responsibility to Our Fellow Human Beings’, which is located next to the company’s other self-proclaimed responsibilities (towards the environment, the suppliers, and so on).

T-shirts are a means of transport – they transport opinion, creativity, art and design. They embody space to display one’s personality. Just like with other things in democracy, there are natural limits to our freedom of expression. We do not print things that are bound to offend people, e.g. pornographic material and content designed to insult and discriminate against genders or religious and ethnic groups. We won’t print anything that’s not right and fair. Above all, a code of ethics applies. This implies that we do not condone any designs displaying hate and contempt for others. Things of this nature have no place on our tees.

Below are three examples of the T-shirts available on Spreadshirt.co.uk.

Apparently, it would seem, the high praised responsibility of Spreadshirt is not making its way from the fine lines of the webpage to the actual prints on the T-shirts.

And it gets worse.

Looking further into the matter, I found that Spreadshirt.co.uk is not simply a clothing and accessories company. Rather, Spreadshirt is a platform used by thousands of independent shops.

So perhaps the responsibility was to placed elsewhere? Perhaps some independent shop owner was to be blamed instead? A possible loophole for Spreadshirt?

No. Because according to Spreadshirt’s ethics, even the independent shop owners are prohibited from creating T-shirts beyond the ethical boundaries of Spreadshirt.

The legal boundaries – What we are not allowed to print

Designs which include or express the following are illegal:

Our ethical boundaries – What we refuse to print

‘No Hate on T-Shirts’ – Some designs fulfil the legal requirements, however are ethically questionable because they transport hate or offend others in an unacceptable manner. These are designs we will choose not to print. We include here, for example:

We will not print designs which involve one or more of these criteria. In addition, all of our employees have the right to refuse to print any design based on an ethical or moral standard of their own. If a number of employees refuse to print a design, this design will be reviewed by our Ethics and Standards Committee.

»No hate on T-shirts«? No designs which »ridicule others or invoke violence directly or indirectly because of gender«? What, then, is the caption »Chicks rule. Boys make good pets« next to a man on a leash on all fours held by a woman carrying a weapon?

With the ethical guidelines pointed out both under ‘Spreadshirt’s Ethics’ and in the general words about ‘Responsibility’, no excuse is available for Spreadshirt.

The company clearly states, over and over again, that T-shirts displaying the exact things displayed in the ‘Slave T-shirts’ marketed towards women violate the company’s ethics. And since all independent shop owners have to comply with the rules, the matter can’t be explained by the mannerisms of one manhating shop owner.

According to the ethics of Spreadshirt, the T-shirts should never have been printed. And yet they have. Leaving only one possible explanation: Ethical hypocrisy.

Adding to that, the T-shirts might even be illegal. Certainly, »discriminating, defamatory or offensive content based on gender« is, as stated in Spreadshirt’s ‘Legal Boundaries’, and quite possibly several of Spreadshirt’s ‘Slave T-shirts’ fall into those categories.

The commercialisation of misandry

If you have made it this far, perhaps you wonder why someone like me would spend his time writing about this.

I mean, surely there are hundreds, if not thousands, of web shops selling similar products? And why care at all? Shouldn’t we all be allowed to wear exactly the T-shirts we want to wear?

I think we should. I’m a liberal at heart, and certainly a man or woman – or anyone else – should be able to wear whatever they feel like, if you ask me. Even a misandrist T-shirt.

To me, then, the case of Spreadshirt is not a call to have such T-shirts prohibited. Not even close.

To me, the case is interesting, because it shows how values in society are changing, in particular when it comes to accepted levels of hatred towards men.

It seems we are currently witnessing a parallel development in the Western World, which change the ways we think of, speak of and act towards men and women.

On the one hand, we put great emphasis on women’s rights, something which is not only promoted and enforced through changing laws in national parliaments, but also by various international entities such as the EU and the UN.

On the other hand, we don’t seem to care too much, if at all, about men’s rights. Indeed, in some countries a number of ‘Men’s Rights Activists’ are surfacing, but on a whole they have no influence. And frankly, in some cases, they don’t deserve it either, being, so it seems, limited at best in their approach towards gender equality, as are their gender political counterparts, the radical feminists.

As a consequence, a ‘value gap’ is emerging between our tolerance of hatred towards men and women. While an increasing number of opinions, jokes, products, adds, etc. are being considered ‘sexist’ and ‘misogynist’, if they as much as refer to anything female, no such development is taking place when it comes to similar attitudes towards men.

Rather, it seems, misandry is being normalised. Make a joke about a man, and no one raises an eyebrow. Make even the slightest remark about a woman, and get ready for the shitstorm of your life. Many people, who think twice before making fun of a woman, think twice about how to make fun of a man.

Put it on a T-shirt

Feminist slogans are sold on everything from coffee cups to underwear, and everyone wants a piece of the action. Is Beyoncé selling feminist music, or is feminist music selling Beyoncé?

Similarly, as the case of Spreadshirt shows us, the normalisation of hatred towards men has made way for commercialisation. We live in a time and place where it is not only legitimate to express almost any negative opinion about men, but even possible to put it on a T-shirt and sell it.

I think those are developments worth a thought or two.

I don’t care what Spreadshirt decides to do with the obvious gap between ethics and products.

But I do care what we as a society decide to do with the obvious gap between our concern for women and lack of concern for men. And I think you should too.

I’m a Danish sociologist writing about gender and gender equality from a non-ideological standpoint, and I run the website you are visiting. Its name, ‘Reel ligestilling’, roughly translates into ‘Real Equality’.

4 thoughts on “Spreadshirt: Ethical hypocrisy and the commercialisation of misandry” 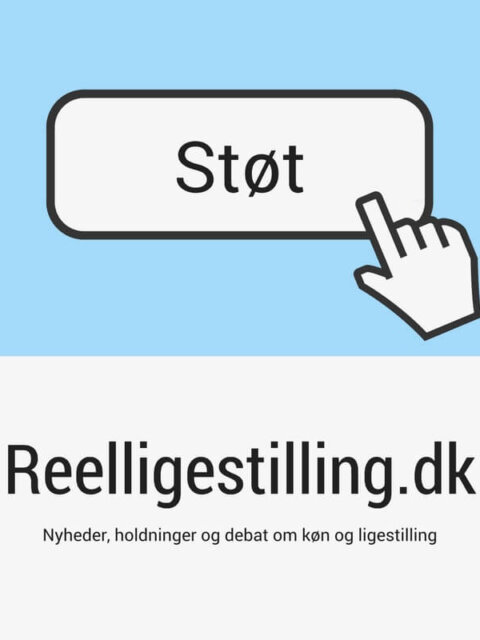 This website uses cookies to improve your experience while you navigate through the website. Out of these cookies, the cookies that are categorized as necessary are stored on your browser as they are essential for the working of basic functionalities of the website. We also use third-party cookies that help us analyze and understand how you use this website. These cookies will be stored in your browser only with your consent. You also have the option to opt-out of these cookies. But opting out of some of these cookies may have an effect on your browsing experience.
Necessary Altid aktiveret
Necessary cookies are absolutely essential for the website to function properly. This category only includes cookies that ensures basic functionalities and security features of the website. These cookies do not store any personal information.
Non-necessary
Any cookies that may not be particularly necessary for the website to function and is used specifically to collect user personal data via analytics, ads, other embedded contents are termed as non-necessary cookies. It is mandatory to procure user consent prior to running these cookies on your website.
GEM & ACCEPTÈR